A Wild Peanut Has Appeared! 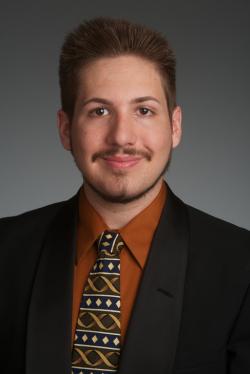 #1
Hello!
The name's Bennett Billard, but most of the internet knows me as Peanut Crunch (@PeanutCrunch)/SonofMrPeanut/Insert Other Peanut Name Here. My main game is music, specifically operatic singing (though I'm open to anything), and I love me some James!
Currently I own a 3DS (I'll put the code later) and have a decent-sized Steam library thanks to Humble Bundle (SonofMrPeanut) and just got the first bundle from LA Game Space. I plan on getting a Wii U in the near future, as a few titles I've backed are coming to it. I also occasionally appear on a podcast called Nintendo Outcast. A lot of my favorite titles are actiony (perhaps arcadey), though I'm always looking for titles that push the envelope when it comes to game design, narrative and other aspects. It's why I'm constantly following NWR crew, Emily Rogers and others who provide their views. Ever since I discovered Radio Free Ninendo in 2009 (the year I started watching E3 actively), I've always enjoyed getting outside perspectives on video games and those who make them, which I guess makes me perfect for a place like this. I tend to take a more laid back approach, though, when playing, just soaking in the experience rather than picking things apart. That's how I absorb most media, aside from music where I may have to listen a few times to fully appreciate it.
So I guess this is where the whole life story thing comes up...
Since my parents were constantly under the impression that buying me a dedicated video gaming device would serve as nothing but a distraction, my childhood gaming experience at home was mainly on PC via select games like Doom, Earthworm Jim, Jazz Jackrabbit, the first Warcraft, other CD-Roms and various other MS-DOS floppies. However, through relatives, I got to experience all the fun of systems like the Super Nintendo and the Sega Genesis (via my aunt who had the Sega CD. Yes I've played Night Trap). Best Buy was a beacon of joy for me, especially when the N64 and the giant screen showed up at Best Buy. I'd always travel there with my dad to play whatever was on display at the time. My cousin would also occasionally housesit and let me play whatever he was on his N64 he'd bring over. I have fond memories of watching that same cousin play through Super Mario World, Mega Man X and the first Star Fox years prior.
My jump into gaming hardware began with the Game Boy Color in December 1998. I was in 4th grade, and PokÃ©mania was all the rage, so it was easy to convince my parents to let me have a Game Boy so I could play with the other kids, though I wouldn't get PokÃ©mon Red until shortly afterward. The other games I had included Super Mario Land 2, the Game Boy Camera (entertained others for years on), Final Fantasy Legend, Donkey Kong Land 3 and Star Wars. After proving I could keep up my good grades with video games, they got me an N64 during Christmas 2000. That's right, it was the tail end of the system's run, so while everyone else was complaining about a drought I could finally get that single-player time I'd wanted so much. Again, I played with friends and relatives prior, but up to then I'd never played on my own terms. Smash Bros, Goldeneye, Super Mario 64, Ocarina, Paper Mario, Banjo-Kazooie/Tooie and various others soon took up my free time. In particular, Smash Bros made me research Nintendo's own history and become the fan I am today.br>For the Gamecube era, I was an Xbox owner and my family had a one-system policy. It served me well with such games as Munch's Oddysee, Psychonauts, KotOR, Halo and Doom 3, along w/ demo discs (which I still have every one of for the original Xbox), but I always enjoyed playing Melee, Sonic Adventure 2 Battle and others with friends. I'd play the N64 Smash Bros constantly for practice, and friends would occasionally ask to borrow my copy. I wasn't w/o Nintendo that generation, though, because I had the GBA. This was when I could finally catch up on all those missed years with SNES ports. Originals like Metroid Zero Mission and Mario & Luigi: Superstar Saga also entertained me. But by far the greatest of these in my collection was WarioWare: Mega Microgame$! Pretty much wherever I whipped that title out I would instantly have friends eager to get their hands on it and be just as befuddled as myself. As a child of Dr. Demento, I have always been attracted to the bizarre.I took a break from games come the start of the generation that just ended, since I wasn't enticed by a mere jump to HD graphics and was much more interested in music at the time (both nostalgic and new). I did respect what Nintendo was doing, though, with the DS and Wii. Come 2008, though, I was starting to pay attention to the waves the Wii was making and the rise in Indie development. I finally got one in 2009 when my family wanted to pick up Wii Sports Resort and Beatles Rock Band. I do regret not having the PS3 due to the great titles that did come out for it, but again I admire what those studios were doing. I may jump on board with PS4 this gen.
So that's my story, and I'm sticking to it. Can't say I'll be around much, as I am going for my Master of Music, but I'll pop in when I can.
FUZZY PICKLES!

Moderator
#2
Well PeanutCrunch welcome to TNE even of you won't be around much, that was a heck of an entrance.

When you are a around tho if you need anything you can come to any of our mods for help. They are @Superfakerbros , @FriedShoes , juegosmajicos, or myself Mattavelle.

Again welcome to TNE hope you enjoy yourself here.