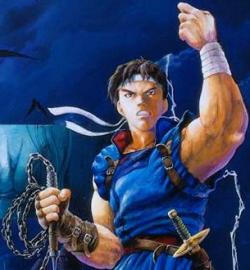 There are very few anime series that aren't riddled with cliche characters, personalities, BS teenage angst, high school something setting, and rehashed ideas. There's even fewer anime series that grab my attention with such an complete, epic, and engaging presentation that I'm left craving more and filled with unbridled excitement. Before I go any further with my review, please watch the intro below. If the lyrics, music, animation quality, and overall presentation don't absolutely stun and excite you, there's no reason to continue. If you love what you see, read on:

Shingeki no Kyojin (Attack on Titan) is a story about mankind living in a world filled with giants called titans. These titans vary in height and live for the sole purpose of killing and eating humans on sight. This has forced mankind to consolidate it's resources, power, and people into a walled super fortress with towering 50 meter walls in the outer layer. Within the two inner layers of this vast landscape fortress are even higher walls, more elite soldier's, bustling economies, politics, and even a king.

Protecting this Kingdom is 3 factions of military that support all three tiers. They are the military police, garrison (outer wall defense), and recon group that sorties outside the safety of the walls to learn more about how to possibly defeat the titan threat.

Throughout the 25 episodes, you follow the story of the main protagonist Eren Jaeger. At first, you get a glimpse of the events that happen in his life that drive him towards joining the military, meeting his fellow soldiers, and putting everything on the line for the sake of humanity's existence.

What I particular enjoyed about the story is that there's a host of well fleshed out primary and secondary support characters that constantly increase the tension through powerful emotions ranging from personal violent tragedy, infighting, jealously, fear, hate, arrogance, and ignorance. Although the story briefly tiptoes into possible romantic ties, these moments are brief and only used to establish various relationships.

The majority of the story advances at a blistering past with a constant sense of urgency about the danger that is upon all of humanity. The constant barrage of action, violence, death, destruction, and the visual emotional toll it takes on all the characters is constantly pronounced in a realistic way that accentuates the feeling of what it would be like in real life if you lived in this scenario.

In Shingeki no Kyojin, You're not going to be bombarded by BS super powers, flashing lights, and incoherent nonsense. Instead this series delivers at different style of combat that's a mix between Medieval Europe & World War 1 Era Weaponry mixed with futuristic dual grappling systems and gas powered engines that soldiers wear on their bodies. This is called the 3D system.

With the 3D system, each soldier wears 2 light boxes on each leg that have rappel lines tipped with spears inside. On top of each box are gas canisters that fuel a propulsion engined strapped to the lower back of the solider. Each soldier has hand grips with triggers on each side that fire a line. In addition, each handle can attach a long disposable razor blade that's used like a sword. As the blades break fighting titans, spare blades can be discarded and reattached from their cable box as well. Here's an example below:

What this means is that if a soldier is fighting in an environment with walls, buildings, trees, or even titans, a soldier can constantly zip around their target, detach to attack, and reattach to something else to get away. In terms of anime combat, it's very original, exciting, and animated cleanly in spectacular fashion.Presentation:

The art style is amazing. The animation quality is consistently top-notch throughout the series. The sound design is spot on. The voice work / subbing was spot on, and the music soundtrack is so outstanding, epic, and exciting that I want to download it now and listen to it every time I exercise.

In addition to the excellent production files, Shingeki no Kyojin avoids breaking the cardinal sins of other anime series such as too much recap, huge breaks in the pacing of the story, and use of filler / non-related content.

The only minor gripe I can levy against the series is that the first 25 episodes don't end with a definite type of closure. The good news is that the reason for this approach is because season 2 should be in development as we speak. The bad news is that based on my research, this series ended roughly around the end of September 2013. At the time, the manga was apparently so successful that the animated series literally went up to the near current point of the manga. This means we'll have to give the writers and artists probably at least another year to produce enough content to animate. Let's hope this happens!

Shingeki no Kyojin (Attack On Titan) Season 1 is an original, glorious, engaging, and exciting experience that you shouldn't miss out on. I invite you to immediately do a search for this series online and watch it today. DO IT NOW! Here's the video for the 2nd intro clip to get you motivated. Cheers!

- You Won't Feel A Final Sense Of Closure When It's Over.
- When You Realize You'll Probably Have To Wait At Least A Year For Season 2, Your Heart Will Drop.


Thank you for reading my Review! Please weigh in with your thoughts and opinions in the comment section below! 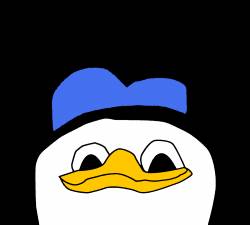 #2
What if I tell you... that I've read Shingeki no Kyojin... before it was cool? They really made i big with this anime adaptation. Kinda piss me of how everyone is suddenly a big fan though (I'm happy for the author, but some people are just Belieber-like fanatics ) 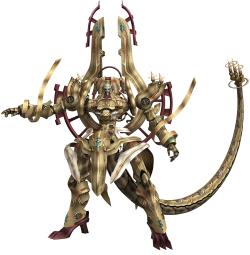 #3
What if I tell you... that I've read Shingeki no Kyojin... before it was cool? They really made i big with this anime adaptation. Kinda piss me of how everyone is suddenly a big fan though (I'm happy for the author, but some people are just Belieber-like fanatics )
Click to expand...
Oh it's actually that the anime is way better than the manga haha.
--
Oh, I agree with the review, it's really accurate. Tips for those who haven't seen it: try not feeling any kind of attachment to any character, it'd hurt you..

#4
What if I tell you... that I've read Shingeki no Kyojin... before it was cool? They really made i big with this anime adaptation. Kinda piss me of how everyone is suddenly a big fan though (I'm happy for the author, but some people are just Belieber-like fanatics )
Click to expand...
Oh it's actually that the anime is way better than the manga haha.
--
Oh, I agree with the review, it's really accurate. Tips for those who haven't seen it: try not feeling any kind of attachment to any character, it'd hurt you..
Click to expand...
I agree on this... the manga was apced badly and had questionable art... the anime is better in just about every way.... plus it has fantastic music (not just talking about the opening theme, but the actual bgm) and some really stunning animation... and it just paces MUCH better than the manga
You must log in or register to reply here.
Share: Facebook Twitter Google+ Reddit Pinterest Tumblr WhatsApp Email Link
Top