Blast From The Past - Rockstar & Nintendo.... 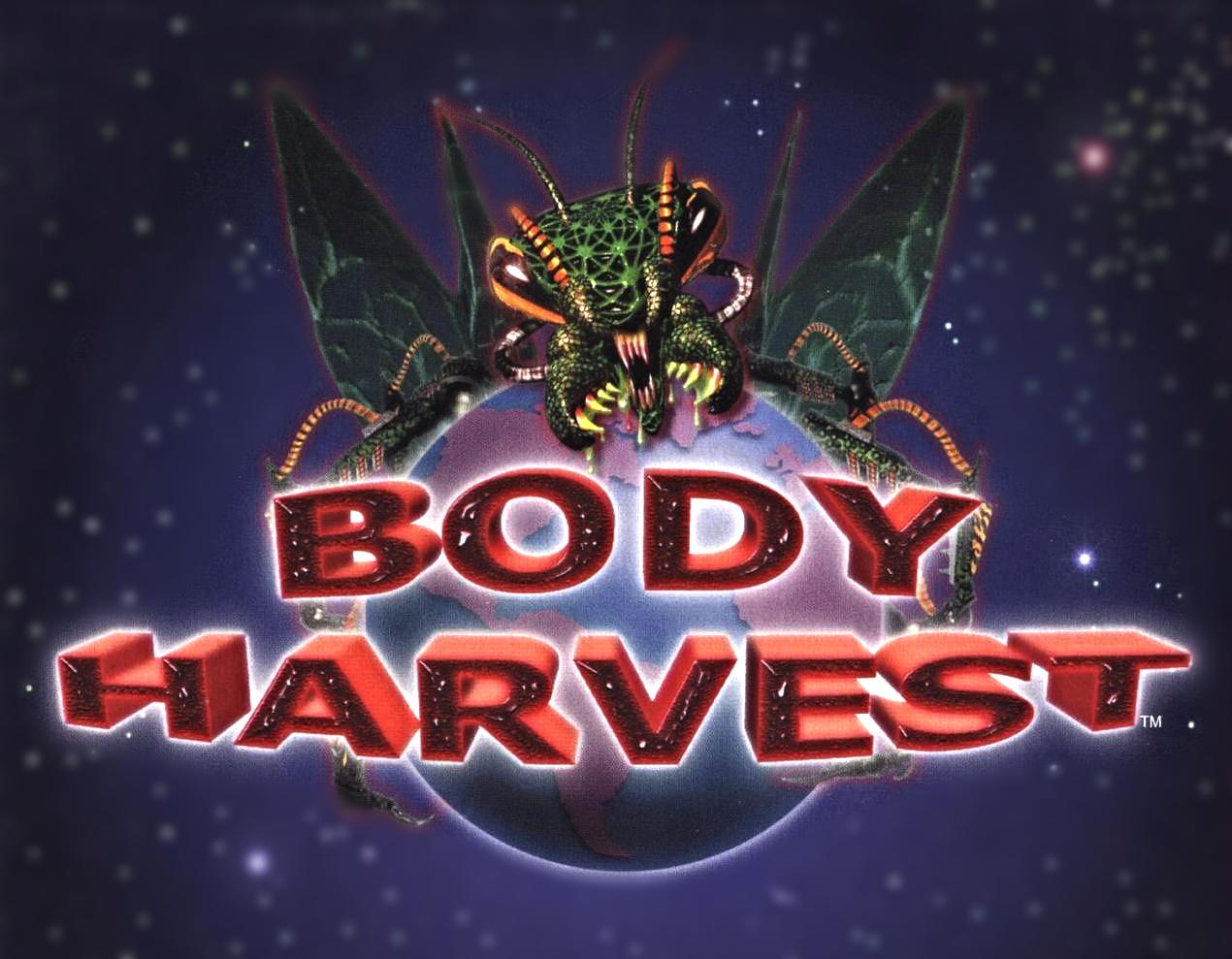 This is a series where I dig up ancient threads from our past and see how we can apply them to our futures....

"I've been thinking about Rockstar and it's role on Nintendo consoles in the past and then it hit me. Do you guys remember Body Harvest for the N64?

For those that don't remember this wonderful N64 game, it was kind of an open world third person action/shooting game with driving and flying elements as well. You live in a universe where aliens have invaded earth throughout its verious time periods, gathering people up (or harvesting them) for food and you are a soldier from the future given the task of going through the different time periods and erradicating these aliens once and for all. It was developed by Rockstar which at that time was still called DMA design.

Ok most of you who remember this game saw some of Rockstar's true genius as this was one of their first true 3-D console games. This game contained a lot of what people would eventually see in the GTA games on PS2 many years later. The idea of combining shooting, driving, flying, action and shooting with a dash of RPG was first seen by Rockstar in Body Harvest.

This game set the foundation for what was to become one of the worlds most beloved franchises outside of Mario and Zelda. GTA...

Now even though Body Harvest was a first step for Rockstar into making the 3-D GTA games, it can easily stand on its own two feet as a great game all by itself.

Back then no one really cared about GTA and no one really cared about Rockstar. I had no idea really who DMA design were. Then I played Body Harvest and it opened my eyes to the possiblites Rockstar was trying to touch on. This game had everything a video game fan could want. It had huge alien bugs to shoot complete with green blood splatter. It had a neat story and very open gameplay. You see you have to remember this is before open world games even existed. This game wasn't a true open world game per-say as each level was seperated by the different time periods, but it was very open world like in its free form design. It had all kinds of different vehicles that you could get in and out of at will and drive around. All the different time periods had time specific vehicles in them. It had civilians to save. It had these RPGish type elements as well. Overall it's one of the most underated and overlooked titles that came out on the N64. It offered a gameplay experience far ahead of its time in terms of its scope and the overall package it offered gamers at that time.

Rockstar has been trying to find its identity on the Wii. So far we haven't seen anything but ports of games from other systems, some good (Bully) some meh (Manhunt 2). Everyone keeps talking about how much a Wii GTA is needed. I personally think they should be looking back at the roots they've had with Nintendo in the past and draw upon it to bring us an exclusive to the Wii. I say that exclusive should be the sequel to BODY HARVEST. This game is still a great idea for a game and with the unique motion controls offered by Nintendo's newest system, this game could be so much fun to play. It would fit perfect for the type of game that it is which is mainly a combination of shooting, driving and exploring. The middle ground theme of aliens stealing people for food is there. It's really a concept that all people can enjoy.

I really think if Rockstar is ever going to start making great exclusive content for the Nintendo Wii then a Body Harvest sequel would be the best place to start looking for inspiration for a new exlcusive Wii game.

So what do you think? Should Rockstar bless Nintendo fans with another Body Harvest game?

I think there are definitly people out there who would rather have a GTA port of San Andreas or some new GTA, but I want a new Body Harvest.

"I remember back when the N64 was still very new reading an artical about how impressed Shigeru Miyamoto was with Body Harvest very early in its development, but then after being delayed for something like two years (Body Harvest was supposed to be out around the N64 launch) DMA ended up having issues finding people to publish the game. Early on though it was supposed to be Nintendo who were going to publish it, but I guess that eventually fell through due to the game's numerous delays."

"I think more people have cool memeories about Body Harvest than bad ones. I still have a lot of the old marketing for BH such as magizine ads and posters and such. They tried to promote it, but I think this game was just to little to late for what people were getting by the time it was released. I think most people were playing Banjo Kazooie and Zelda by then. To me Body Harvest was way far out ahead of most of the games around it when it was released. I never really could understand why it never caught on more here in the states and became a blockbuster as it should have."

"I heard this game was very popular in Europe. Like way more than here in the states. I can remember woking for a game store at that time and having tons of copies of BH used and new. I always tried to explain how cool it was, but I think most people never really gave it a chance. I'm hoping that if they did do a remake or a sequel to BH that it would recieve the recognition it deserves this go around. Besides great third party exclusive Wii games are what I think most Nintendo fans want and I really think that a new Body Harvest would deliver on all fronts. Graphics, Gameplay, Sound, Story, and Fun. I mean just think of how badass a new online co-op Body Harvest would be. This could deliver everything Wii owners desire in their games all in one package..."


"I think a game like this could bring that something that Rockstar has brought to every other console. I think the Wii needs that something from Rockstar or at least deserves it. I see Rockstar having at least one Wii exclusive game at E3. I really hope it's something built for Wii and not another port. I'm interested to see what Rockstar is truly capable of in terms of what can be done on the Nintendo Wii. E3 needs to get here already..."

How does this apply to the present...?

Well, we all want a Rockstar game on NX, right...?

Would you like to have the next GTA...? Or maybe something exclusive like a new Body Harvest game...?

I've always liked Body Harvest and thought that there should have been a sequel....

Or would you want something comepletely different, yet just as exclusive....?

What are your thoughts on Rockstar & Nintendo going forward into E3 and a possible reveal of the NX hardware...?

Do you think Rockstar will skip Nintendo over like they have done on Wii U...?

Or will we see product from them on Nintendo home consoles again with teh NX...?

#2
I'd never heard about this game before.

#3
@TheAmazingLSB - I just wanted to say how impressed I am with the amount of research, thought, and effort that went into this thread. Well done.
Last edited: Apr 5, 2016

#4
@sjmartin79 Ty my friend for the compliment....
As you can see, even back in 2008, I was trying to herald in a new age of Rockstar games on Nintendo home consoles....

#5
I nominate that this thread gets a spot on the front page. Do I have a second?

#6
Shoulder said:
I nominate that this thread gets a spot on the front page. Do I have a second?
Click to expand...
Meh, don't bother Shouldy, nobody on the front page wants me anywhere near it....

I thank you for the compliment....

But I'm content with just posting shit here....
I don't need a front page anything.... Thanks....

#7
TheAmazingLSB said:
Meh, don't bother Shouldy, nobody on the front page wants me anywhere near it....

I thank you for the compliment....

But I'm content with just posting shit here....
I don't need a front page anything.... Thanks....

Click to expand...
They're just jealous of your give-no-fucks attitude.