Everything From Nintendo's E3 Digital Event || Screenshots, Videos, and More!

#1
At E3, Nintendo Showcases Interactive Figures Called ‘amiibo,’ a New Action Game Genre and New Ways to Play Its Fan-Favorite Franchises​
Nintendo’s video games have always had an element that can put great big smiles on people’s faces: It’s that special Nintendo magic. It’s that certain undefinable something that makes people’s eyes light up, whether they’ve been playing for decades or they’re picking up a game for the first time. At this week’s E3 video game trade show in Los Angeles, Nintendo is showcasing the invention and reinvention of video game experiences – from unique new ways to play to new takes on fan-favorite games and franchises.

Interactive figures called “amiibo,” scheduled to arrive this year, can be used with multiple Nintendo games, bringing a touch of Nintendo’s magic to the toys-to-life category. With the addition of amiibo to a solid lineup of games on the way, there has never been a better time to own a Wii U or Nintendo 3DS system.

“Nintendo has always represented a unique source of video game entertainment for the widest range of gamers,” said Reggie Fils-Aime, Nintendo of America’s president and chief operating officer. “We create timeless games with twists and turns that provide hours of enjoyment for fans of all ages, and this year with the introduction of amiibo, we’re pushing the creative envelope forward in compelling new ways.”

New Ways to Play: The toys-to-life category as a whole is extremely strong on Nintendo platforms, and Nintendo’s approach with amiibo adds another dimension to the category. Not only can amiibo interact with a particular game, but a single amiibo will continue to entertain in surprising ways, as they can be designed to be compatible across multiple games. Additionally, the Wii U GamePad controller shines in a slate of unique interactive games from Mario creator Shigeru Miyamoto.

​
New Game Play: When creating new ways to play, Nintendo has been known to come up with new IP that invents a new genre. Sometimes Nintendo brings its magic to an existing category and reinvents it the Nintendo way.

​
In addition to the games listed above, some of the other games for Nintendo platforms featured at E3 this week include:

Nintendo’s third-party partners are bringing fantastic and original creations to Wii U and Nintendo 3DS. Additionally, independent developers are also bringing strong digital-only content to the Nintendo eShop. A number of these indie titles will be showcased within the Nintendo Treehouse: Live @ E3 program throughout the course of the show. These titles include:
A selection of the games scheduled to release in 2014 for Nintendo systems include the following:

Nintendo made many of its announcements during the Nintendo Digital Event, which can be viewed at http://e3.nintendo.com. Nintendo will be delivering news throughout the run of the three-day show via a variety of methods, including Nintendo Treehouse: Live @ E3, the Super Smash Bros. Invitational and Nintendo’s social media channels on Facebook, Twitter and Instagram (#Nintendo). For full details about Nintendo’s activities at E3, visit http://e3.nintendo.com.
Remember that Wii U and Nintendo 3DS feature parental controls that let adults manage the content their children can access. For more information about this and other features, visit http://www.nintendo.com/wiiu or http://www.nintendo.com/3ds.
Last edited: Jun 10, 2014

#7
This must be how Nintendo gets away with Wii U not being an ultra powerhouse: Artstyle.

And personally, I prefer that for next gen. 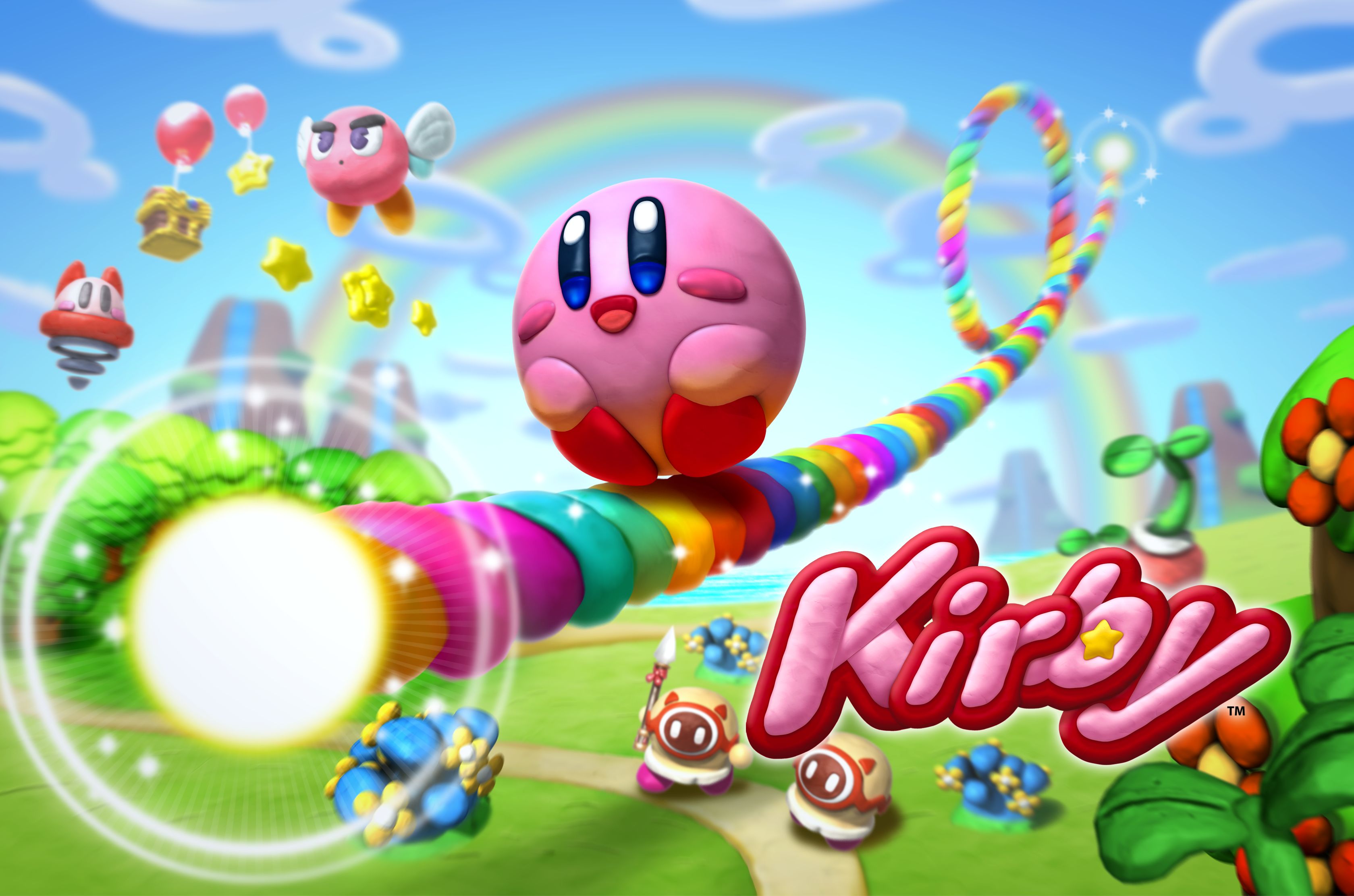 #15
GameCube styled Controllers - Made by PDP 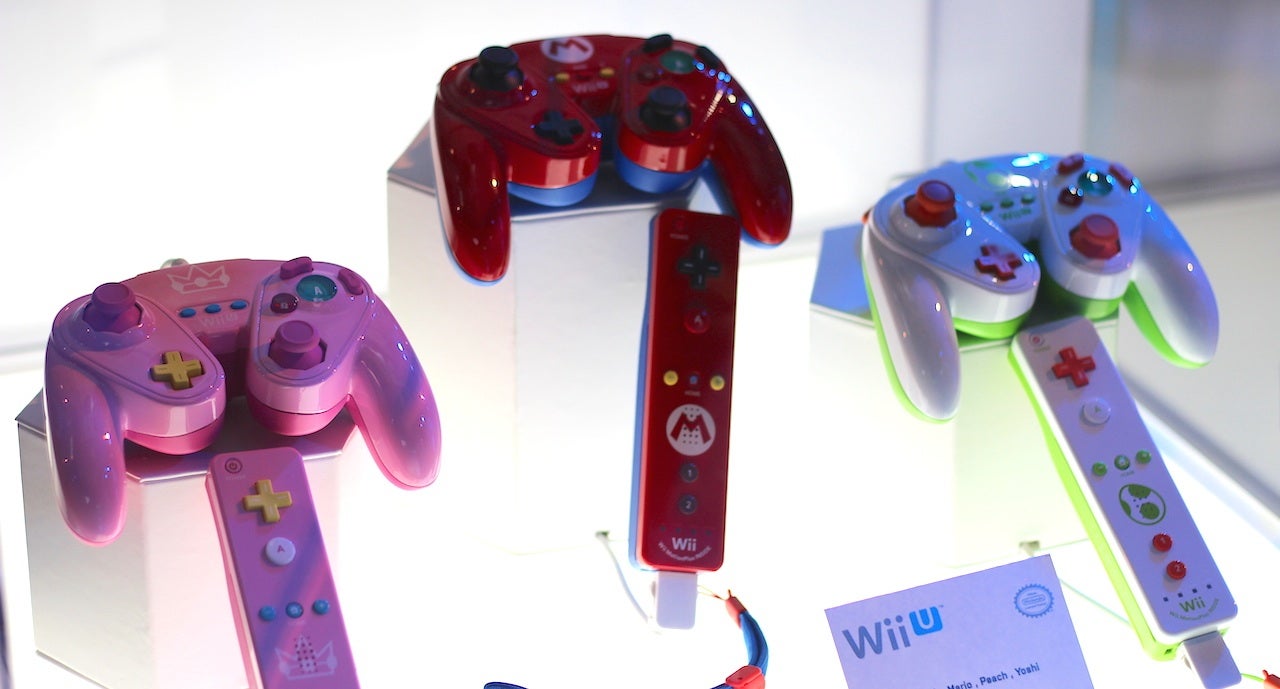 IT’S GOT A DEATH RAY!

Moderator
#17
Man it's crazy gave out enough stuff to take up this entire day. Nintendo is cray cray!

It's truly crazy when you think the rest of the industry went yesterday. Then Nintendo is like "yeah we will take all 24 hours on Tuesday that should be ok"

#18
Ikr? I wasn't even prepared. Didn't get to sit through the entire event. Good thing they upload these things though.

Moderator
#19
mattavelle1 said:
Man it's crazy gave out enough stuff to take up this entire day. Nintendo is cray cray!

It's truly crazy when you think the rest of the industry went yesterday. Then Nintendo is like "yeah we will take all 24 hours on Tuesday that should be ok"

Click to expand...
Nintendo let all of them have a spotlight for a couple of hours or so but Nintendo wanted the spotlight all to themselves today and they got it

#23
Kirby and the Rainbow Curse

Screenshots are in 4K

Moderator
#32
ASuch said:
why did you guys LOL at that post

Will be on disc now.