Moderator
#1
What are your favorite TV shows intros or themes? Whether it lasts 10 seconds or two minutes post it here. Even if you only like your show's musical theme (and not the visuals), post it here. If a show has ending themes (like in the case of anime), those count as well.

Moderator
#2
I'll start with the Wire and Saint Seiya. The Wire has a different intro for every season, using a different rendition of the same song in each one.

#3
I have two that I loved a lot growing up. May not be the best, but for some reason, both songs have stuck with me.

The X-Men cartoon theme song and opening was always something I would sing along to. It will still pop into my head to this day.

And then of course, my favorite Soap Opera - Melrose Place

I love that these had the casts in the opening. And with Melrose, you got to see how each person changed over the seasons.

I will say though that I miss TV shows that have theme songs with words. Very few this day have them, and it's a damn shame.

#4
Thank you for this thread. I love openings.

Openings is almost a lost art these days with those shows where the opening is just the name banner. It's boring!

#5
One of the best openings in my opinion:

#7
I actually got the idea for my online persona many, many years ago from this TV show....

There are honestly way too many great old TV show openings and themes for me to mention....

Maybe I'll go through and post a bunch of them later, but man, just dozens and dozens of em....

#8
R.O.D TV, Baccano! and DRRR!. I like the musical score and they way they're visualised. Baccano and R.O.D TV are pure ear orgasm. In the case of DRRR!, this is an opening I would've definitely skipped if they never used to put the previews in. Suddenly it makes the opening all the more dramatic.


Openings that gradually changes to fit the theme of the episodes. This is more explored in cartoons compared to live-action television series, and there's so many I like but Gravity Falls fits a lot. Heroes also did it at some point with an episode called Villains.

Then there are those which simply sets the tone of the entire series, like The Twilight Zone, the X-Files, Roswell and The 4400.

Generally speaking animated features are a lot more creative with openings. Shin Sekai Yori is the only show in my recent memory that has no opening but has an ending that has everything to do with the story but you wouldn't notice until you're almost finished with the series.

#9
X-Files opening is just something else! Classic of the classics 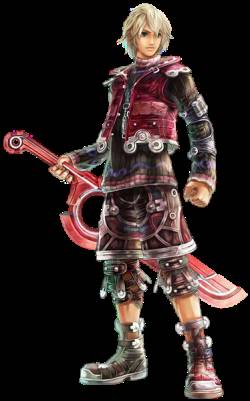 #11
Daredevil was just mentioned, so I won't repeat that. I will say Jessica Jones has an awesome one too.


And Doctor Who is always classic.


I also like how Better Call Saul does theirs with a different background each time.


I'm sure there are more, but these come to mind right away.

Moderator
#12
This could easily turn into an anime opening thread. Just for the past few years? Something like Kill la Kill is cool because they give you so much info without letting you know how much they're giving away. Attack on Titan is awesome for the whole package. (I have a soft spot for Ronin Warriors and Outlaw Star, the latter is like a Japanese Bon Jovi song. Pure Velveeta. So sue me.)

For live action, I think @mattavelle1 nailed it with Sopranos. But X-Files is damn close.

#13
The American Horror Story intros are pretty cool. They are creepier than any entire episode of pretty much anything else I've seen on tv, lol.

The Seven and Only

#14
Twin Peaks for sure.
Pretty much all HBO shows have phenomenal intros.

#15
game of thrones has the best... it changes over time, opens up new parts of the map, even has changes on the map... in addition all of the actors names listed in the credits have a sigil next to them that represents the house of their character, and the spinning crown thing tells the backstory of the series in pictures... all of that on top of just being cool as hell with the gear workings and the amazing theme song

and The Shannara Chronicles

Though I am also a big fan of very short openings

For anime, there are too many good openings to pick a best, anime openings are historically amazing and have been for decades, and every season there are like 5 or 6 really good ones, and if the series goes beyond a season the opening changes... as in completely... new song, new style, new everything. Also, unlike regular shows, anime also have endings that also tend to be awesome too.... so yeah... pickign 1 best anime openign is like trying to recall every face you have ever seen in the course of your life, it just isn't possible, you'll always miss something you shouldn't have.
my favorite current anime opening (also my favorite current anime)

for endings.. a slightly older one comes to mind.. I fucking loved the song

#16
I feel like HBO productions like The Wire, Sopranos, True Detective or Game of Thrones need their own post. As does animation (hello, The Simpson's?!, to say nothing of anime). For that matter black and white classics as well (think Gilligan's Island, The Twilight Zone, or early Dr. Who).

Leaving everything else, off the top of my head, this is what came to mind:

The classic. Loved this intro. Loved this show. It was maybe an odd choice for an 8 year old to decide it was their favourite comedy, but hey, I literally grew up with it after that.

If you're over 35, you know. Or are lucky enough to have been retroactively introduced.

Star Trek TNG's opening theme(s) captured the spirit of the original, but made it more dramatic and timeless. It's better in every way.

I'm dropping the Dr. Who theme here. I was raised on this thanks to my dad's interest in sci-fi (I remember being alternately terrified and mesmerized by the intro sequences when I was 4). My favourites were probably the late years of Jon Pertwee or the Tom Baker era, but who can forget the other melting, blazing and bursting psychedelics of those 60s, 70s and 80s intros. Here's all of them:

It kicked off the most successful dramatic run in TV history. And it's iconic. Hard to argue with that.


Does anyone not know the words to this? I'm not sure if I even think it's great, but it sure is sticky, and that counts for something.
Last edited: Mar 22, 2016

Moderator
#17
It took a while to (almost) catch up with everything posted. I'm going to have to do a few anime-oriented posts. There's just so much good stuff.


I think what I really like about anime openings is that they're sort of like a mini-pilot for a show. As a viewer, you can watch an opening and get a solid sense of what the anime's tone and characters are like. Anyway, it's hard to put these in any kind of order, so I'm just going to throw them out there.

I'll have to come back later with some classy choices that don't feel so much like standard anime openings.

Moderator
#22
Since Cheers was mentioned, I gotta post Night Court.

Easily AMC's most underrated show, and the opening is notable for its cut/paste/material style.

The Killing did a lot by not overstaying its welcome (IIRC, they'd do some cold openings, then intersperse the brief credits, then get right back to the show).

But seriously. They're all playing second fiddle.

To the GREATEST OPENING OF ALL TIME.

You know it's true.

#25
One favourite from my childhood:


And one from more recent times:


Also, Cheers is probably the number one top answer, so well done to everybody who thought of that...

Moderator
#27
this thread gives me great pain, I wish I never brought up the issue.

X-Files is probably my favorite for being THE WORST PRODUCED piece of opening credits ever. Even as a kid I saw that and said "cheap and dumb". I mean, plants germinating? Stretch face and spooky text?

Its an anomaly but despite all odds its incredibly effective, well paced and that music surely saved it from being just plain weird. It gives off an idea, a good feeling, not clips from a show, and that heart is pure.

I like this one a bunch purely because its Tom Jones

Space Above and Beyond

Moderator
#29
I was gonna embed the opening to MASH, but FFS, no good quality version exists. This is as close as you can get.

#30
EvilTw1n said:
I was gonna embed the opening to MASH, but FFS, no good quality version exists. This is as close as you can get.

Click to expand...
This is the right opening for the actual Walking Dead! That series is sometimes too much soap opera for me.

EvilTw1n said:
I was gonna embed the opening to MASH, but FFS, no good quality version exists. This is as close as you can get.