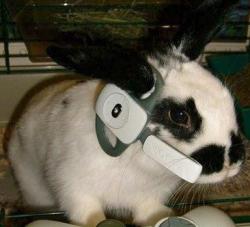 
I started gaming back when my brother was given a Sega
Genesis back in 93? 94? I really don't remember what year it was. I know my
brother was really happy about it and so was I. It was our first gaming
console. We would play on it all the time and watch the Sonic cartoon. As we
got older video games were changing. So we very upgrade to a N64, which will be
my first Nintendo system to own. I loved that console so much. When my brother
finally got a copy of Ocarina of Time he would play everyday after school we
would run down stairs to an old TV and I would sit there next to him and
watch. Finally after watching him play the game I was able to play it and beat
a few times and I very happy with myself that I did. Finally my brother got an
Xbox and after that I was lost in the video game world. My brother would ask me
to play Halo with him and I would, and that was fun running around and shooting
at each other and we would laugh. Just at this point I lost touch with it and
moved on to other things that turn out to be a waste of time.


Later in life I was still somewhat out of touch with gaming.
I play a few computer games but nothing big and I wasn't buying consoles. My
bro then got Xbox360 and I really never got to play much on it because he
didn't want me to touch it. So how did I get back in? And become serious and
passion about video games? It was in the summer of 2011. I was going through a
lot and I was trying to fine something to clam me down and make me happy and
laugh so I turn to Youtube and I was fining these videos called Youtube poops,
which take TV shows, cartoons whatever and mix it up to say something stupid or
just change the wording around. So there were videos that had the Mario cartoon
and the Zelda CDi and I just kept watching those over and over again and I was
laughing again. Finally I said to myself, "I haven't play Zelda: Ocarina
of Time in a long." So I went and pulled out the N64 and just played. So I
then wanted to fine out more about Zelda and man I was behind! However, I knew
about a couple of them from the Gameboy color. So then I got a Wii so I
can play Twilight Princess. (Also later that year I got a 3DS, which is my
first ever hand handle system to own. In the past I wanted that Gameboy color
just never bother to ask my parents for one.) After that I never looked
backed. This also the same time when I truly became a fan of Nintendo. I feel
they helped me wake up about whom I am. (Silly I know, but it means something
to me). Everyday since then I have been reading on what is going on in the
gaming community and what people have to say.

I now own a Wii, Wii U, PS3 and two 3DS's both are the Zelda
limited edition ones. I like a lot of games. I love RPG's/JRPG's. Anything that
is an open world with a good storyline I'm all over it.

In the end, I want to get more involved in the gaming and
voice out more. I'm a little sacred to do so, because the Internet can be mean.
However, I been keeping a lot in, so this is a great place to start and meet
new people!


l">P.S. Forgive my writing skills, they're not the best, but Iâ€™ll
try to make sense as much as I can.

Moderator
#2
Well Bunny you have come to the right place to voice yourself about a hobby you love. Welcome to TNE! It's a place that is more about acceptance, respect and tolorance for one another's consoles and gaming of choice. You are likely to find very few if any "mean" people here. So you got a great place to be a part of.

So if you have any questions about anything here on TNE don't worry about asking our friendly mods to help out. They are @Superfakerbros , @FriedShoes , @juegosmajicos or myself Mattavelle.

Welcome again to TNE! And feel free to join in.

#3
ITS THE VLR BUNNY EVERYBODY RUN!!!

Moderator
#4
We finally have a bunny on our site! Welcome!

#5
"Do you know what got me back into gaming?""No, what?""Youtube poops."
Welcome Jaclyn. The internet can be mean, but we're nice here. What games are you playing now?

#6
Hi @mattavelle1 @Laer_HeiSeiRyuu @Superfakerbros @nerdman. Thank You! Yeah i'm one of kind of gamer bunny lol. Yeah its funny that youtube poops was the key to getting my back in. Games i'm playing right now is Zelda: Link between worlds (Almost done with it). Tales of Xillia. Animal Crossing, which I play almost everyday. Tales of the Abyss (the latest game I bought) and about of dozen others that I haven't finish yet. I really just need to play one game at a time, but just to hard for me.
You must log in or register to reply here.
Share: Facebook Twitter Google+ Reddit Pinterest Tumblr WhatsApp Email Link
Top