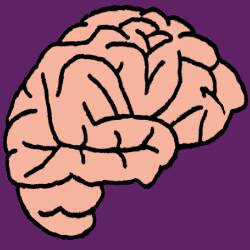 My name is Taurinensis and I live in Japan and spend the majority of my free time gaming it up.

I play pretty much everything but I'm especially into rhythm games and RPGs (dungeon crawlers specifically, bonus points for making me draw my own map)

I look foward to discussing gaming with all of you =D

Moderator
#2
Welcome to TNE Tau! Glad that you found the forums here and decided to drop us a line. And I believe you are our first Japanese user yet, which is freakin awesome!

If you need anything you can ask any of our mods at anytime. They are @Superfakerbros , @FriedShoes , @juegosmajicos or myself Mattavelle.

Look around, post, feel free to jump into any topic or conversation that you like. We are very welcoming here and have a excellent group of posters here. Welcome again!

Moderator
#3
@Taurinensis
This is the article I was talking about I would like someone from Japan to take a look at and see what you think.
http://nintendoenthusiast.com/article/nintendo-sony-microsoft-wii-ps4-xbone/
Its a bit of a long read, but I got really good feedback on it, and I don't think it would be a waste of your time. I would just like to know your thoughts. >-

#5
I read your article and I really enjoyed it, I've spent a while discussing it with my buddy and it's been an interesting debate.

Like you said, we've been talking about how gaming isn't so much a hobby any more but a business. People put all their eggs in one basket with a handful of titles and we basically have those games shoved down our throat until we're sick of it. Then once the profitablility of those games dies off, we get "the next best thing" with all the hype generated by the methods you mentioned.

But as far as Japan is concerned, allow me to share my thoughts on why they seem so distant from all the western industry bullcrap. To sum it up in a very few words, Japan just doesn't give a toss anymore. The Japanese have very much divorced themselves from the western market, or that's the impression that I get after a while of living here.

If I walk into my local game store or game arcade, it's very clear to see that Japanese games are being developed specifically for Japanese markets. The argument I hear a lot about let's say, RPGs is that they have devolved from stuff like Suikoden and Chrono Trigger and now we just get moeblob nonsense but that's what appeals to the Japanese market, they don't want your dollars because they've already made millions of yen back home.

All the innovation that I see in the Japanese games market is being kept within the country and we are being drip fed the garbage to make a little bit of extra money, the amount of cool games that you get over here that will never EVER leave these shores would make your mind spin.

Basically what I'm trying to say is in Japan, the games industry here has the gamers interests at heart while in the west they very much only value the dollar.

Also yes, Laer, I do love me some Megaman. I was in a game store in Osaka recently and I found a copy of Megaman 4 for about $6000, there's a story behind that cart

Moderator
#6
Which is why I love Nintendo, Platinum, Grasshopper, old school Capcom etc etc. it has always seemed they have the gamer in the for front of there mind, and as a gamer that is why I haven't vered away from Nintendo and the games on there console.

If you couldn't tell even tho I'm in the US I can't stand there "dollar at te sake of anything" mentality.

Anyhow thank you so much for your insight and we can talk more, or I look forward to more of your insight being that your in Japan.

Thank you for taking the time to read it.

My name is Taurinensis and I live in Japan and spend the majority of my free time gaming it up.
Click to expand...
Now that's exciting. We've got members from different parts of the world, but never someone from Japan.
If you don't already know, the front page and the forums work pretty much in collaboration so if you're ever asked if you want to help provide information for something on the front page or even write something yourself (Writer's Kitchen @juegosmajicos), feel free to do so. Unlike other sites, our editors post here too.
You must log in or register to reply here.
Share: Facebook Twitter Google+ Reddit Pinterest Tumblr WhatsApp Email Link
Top