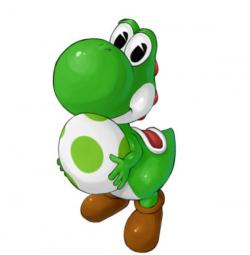 #1
Hey everyone ^_^
Recently I received an invite to join and well.. here I am. You can call me starshine. I'm ..well in my twenties. I'm not yet 30 but I am considering starting to celebrate backwards. I have an age issue since over here gaming is something you eventually grow out of. I'm going against the system
Growing up I was lucky enough to be blessed with a gaming and tech friendly family. Having two older brothers and parents who enjoyed gaming with us really made it special.. By the time I was three I had already taken over my brother's Game&Watch collection and shared their atari. By the early 90's we got a home computer and our gaming habits changed a bit I was mainly a PC gamer - even though I did love all my handhelds, my first console that was mine all mine was a sega megadrive (genesis).. and since then it was all consoles for me. The only consoles missing from my collection are the NES and a gameboy color...I don't have every console ever, but I have those I believe rocked and will still entice me into playing.
I love retro and arcade games.. but the current consoles I'm using are xbox 360, Wii, Wii U and the 3DS. I'm a sucker for anything nintendo as that's how it all started for me. Mario is and always will be my first love. It all starts from there. I've been gaming since...and no matter what console or games I play, I always end up having more fun with nintendo consoles and games.
For me it's racing, fighting, rpgs and action games. I'm a huge Need For Speed fan as well as Mario Kart (even though I've become a little bit rusty). Anything Mario, Assassin's Creed, Legend of Zelda, Kingdom Hearts..Ninja Gaiden..and a few more but I think this intro is already long enough. (Apologies for that )
Offline I'm either watching anime or kdrama or going to football games. (Soccer for the infidels out there Or messing around with Whisky.. my dog. He is my pride and joy as he has been with me since uni. He is trained to protect consoles and is wary of all the wiring.
You can find me on twitter as @gamejunkie_XD and from now on around here. It's been a while since I was part of a forum, so I'm looking forward to this! Anything else you might want to know, just ask

#2
Welcome aboard! I see your from the UK no? Your mention of the Mega Drive gave it away haha. I'm English and had some memories of the Mega Drive myself.
And I take it Yoshi is your favourite character? Your icon is adorable as hell lol.

Moderator
#3
Welcome starshine! If you ever need any help, just ask me, mattavelle1, juegosmajicos, of FriedShoes

#4
Mr-Chris I'm not from the UK. Lol. I'm from Cyprus. I hope you know where that is.. many people don't. we go with the european trends. The word genesis never made sense to us.
And you are right. I have a soft spot for Yoshi. I mean who else eats peppers and runs like hell? (The most obvious thing to do? Lol)
Oh and thanks for the welcome ^_^ you too Superfakerbros!

Sent from my GT-N7100 using Tapatalk

#5
Hi Everyone,My Name is Mark from Retrolandgamingsystems.com Where we restore some of the greatest retro gaming systems, the Nintendo NES and the Nintendo 64.Our Nintendo Nes consoles are cleaned inside and out. Each Nes system is fitted with original Nintendo Japanese 72 Pins. Chinese made pins tend to bend and break easilyI was asked to join this forum and perhaps I could help with questions people are having in regards to problems that they may be having with their systems.We also repair other systems, but they are not being mentioned here as they are not Nintendo systems.I do not like Ebay as most of the Nintendo NES systems being sold as great working will in short time get the red flashing light. I started restoring these systems when I bought one of these great LOL systems on Ebay that was supose to be refurblished and in great shape and in one day it started to blink red. So I research and took it apart, as I built computer systems for years and found a way to not only fix the systems but make them play like new with the game cart in either in the up or down position. I just wanted to play games like Mega Man with out shaking or blowing on the cart like other sites say you have to do. Just put the game in and play it Retrolandgamingsystems.comMark
You must log in or register to reply here.
Share: Facebook Twitter Google+ Reddit Pinterest Tumblr WhatsApp Email Link
Top