Just thought I'd make a quick post to introduce myself to the forums here at Nintendo Enthusiast. My name's Adam, and I've been gaming since the age of 4 when I got an NES. I've been with Nintendo ever since, but I also play other systems as well. My favourite game is Super Metroid (Doom 2 is very close, though!), and Metroid in general is my favourite Nintendo series. I'm also nuts about Smash Bros. and have been playing it since the original N64 release...never got into the competitive scene, but may try to change that when the new one releases!

Learned about Nintendo Enthusiast just a little while ago and actually recently had the pleasure of meeting some of the staff. Seems like a really good community with people who are down to earth and just really like to play video games, so I'm getting involved!

Recently, myself and some friends started a YouTube gaming channel called Replay Ability...the link is down below in my signature, so feel free to check it out if you like! That's all I'll spend talking about that for now though...I don't want to be a dork and just plug my channel forever, haha

Looking forward to some awesome discussions!

Moderator
#2
Welcome, Adam! You seem like you'll fit in just fine, particularly since your favorite game is Super Metroid.

@mattavelle1, @Superfakerbros, @FriedShoes, and I are mods here, so don't hesitate to send us a PM or alert us if you have any problems.

#4
Welcome to the forums!

#5
Welcome Adam, you seem like a nice chap. Hope you enjoy it here, I certainly do. 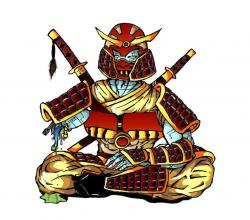 #7
Hey Adam, nice to see you around the forums

Moderator
#8
Welcome, Adamn. Nice to have you over

Awesome a new member. Welcome Adam, your just in time for e3 so here is your serious helmet