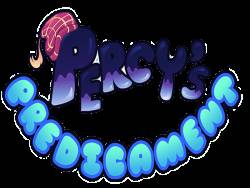 #1
[Verified Wii U/3DS Developer]Hi everyone,This is Monty Goulet of Maestro Interactive Games. This post has been a long time coming, but we have been so busy working on some great new stuff coming to all the consoles this year that we have had our plates full. First, I wanted to say we have one title that is being released very shortly "Percy's Predicament". I know many of you probably know about this title and know that we said it was coming out in the winter of 2013. I wanted to share a little about why that wasn't the case as I feel that by not sharing, it hurts our credibility as developers. One of the main issues was that there were some Unity issues that needed be resolved prior to release, that I can not go into much detail about. Needless to say those have been resolved. The other issue was we want to bring this title over to Nintendo of Europe as well shortly after releasing it in the US so we had some things to take care of from that front. I did not want us to release the title and the European market feel left out as it has in the past with so many titles. So yes European Wii U owners, our titles will all come across the ocean in due time. Hopefully sooner rather than later. It is mostly the issue of the rating system in place over there now.

A little background about myself, I am an ex-Nintendo developer for Donkey Kong Country Returns. I was one of the members of the audio team. My main focus is audio and as a result, I tend to put a lot of emphasis in the audio components of our titles. I do not make the audio have a memory limit like most studios do. I love uncompressed audio and that is what you will hear in our games. Currently, we are developing Acoustic Highway, formally known as Cosmic Highway for those that have paid attention to us. The reason for the name change was that we felt that the name "Cosmic" took away from the main vision of the game which is that it is an audio driven experience. Whichever racer is in first place dictates the soundtrack for the race. We have 25 races in the game. One for each racer (5 in total) and a special cup as well that we think is really fun and we hope you do too when it launches this year.

For those that have been keeping up with us, we also announced a long time ago, "Fade Into Darkness", an audio exploratory game in the style of Myst. This title seemed to get the most interest which is great, but I am afraid I must pull an Iwata and say "Please be patient". When we started this title, we designed a very massive scope and at the time, the studio was too small to develop the title with the vision we had so we had to hold off and develop these other fun games first and build our team up. Currently the team is around 10 developers, all of which have worked on AAA titles in some fashion or another and I can not wait for them to talk to you in this forum in the future. We can now firmly say that the team is strong enough to start work on Fade Into Darkness and deliver the title we wanted when we announced it. We don't have a firm release yet but we will keep you up to date via this page as well as our dev blog on our site www.maestroigames.com

Lastly, we do have one other title coming out after Acoustic Highway. I don't want to give away too much but I can tell you we will share all the info here first and very soon as well as the title is shaping up nicely and it fits inside my wheelhouse of past development and developer experience nicely.

Thats all I have now to share. Oh and while we are developers for PS4, PSVita, Xbox One, 3DS and Wii U. Please keep all the comments and questions focused on the last two (3DS and Wii U) afterall this is a Nintendo website. And any of us will be happy to answer any questions you have.

#2
Lovely, nice to see you folks

#3
Really looking forward to Percy's Predicament. What will be the price and how long do you think the game will be?

#4
The NoA price is $5.99 and has 80 levels at launch so there should be plenty of content for you to enjoy We are also planning to add levels to that already impressive number in a similar fashion to the way the "Spin the Bottle" devs designed their add-on content. Get the game now get all the push-content free, buy it later the price increases. We are currently working out to see if this is a feasible way to deliver the content, as I am not a particular fan of in-app purchases. I think they hurt the player when they have already invested cash in the game. 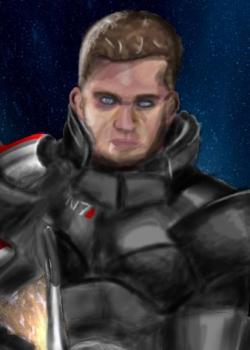 #5
Cool. Please put up videos and pics of your games as you go.Since you seem to be underway getting the experience you need to develop your game for the Wii U, would you perhaps be interrested in somehow helping out in the port of Velocity Stream?

#6
You worked on Donkey Kong Country Returns?Your good in my books! >-

#7
I did @Daniel Switzer. One of our developers also worked on Epic Mickey 2 as well. @hogge PM me your email, Im sure we could figure something out. Its similar in visual style to our racer but a totally different concept so I don't see anything wrong with figuring something between us.

#8
The NoA price is $5.99 and has 80 levels at launch so there should be plenty of content for you to enjoy We are also planning to add levels to that already impressive number in a similar fashion to the way the "Spin the Bottle" devs designed their add-on content. Get the game now get all the push-content free, buy it later the price increases. We are currently working out to see if this is a feasible way to deliver the content, as I am not a particular fan of in-app purchases. I think they hurt the player when they have already invested cash in the game.
Click to expand...
I will definitely try to get this day one. Percy's Predicament looks extremely good. Thanks for the quick response!

#9
Good to see you guys joining the forum! I'm really excited to play Percy's Predicament. It gives me those Super Monkey Ball vibes.

Moderator
#10
Good to see you guys joining the forum! I'm really excited to play Percy's Predicament. It gives me those Super Monkey Ball wibes.
Click to expand...
Ahhhhhh yeahhhhhhhh you said Super Monkey Balls on of my most tresured games (especially 2). I thought the same thing when I saw this game and I can't wait.

#11
Thanks guys glad to hear it. You should be seeing the release date announcement this week I believe. (So much red tape so you never know)

#12
We are putting audio in our game for first time, its going to be exciting hearing it come to life.
-Randy

#13
We are putting audio in our game for first time, its going to be exciting hearing it come to life.
-Randy
Click to expand...
Are you going to make your own thread for HullBreach: Uncloaked? 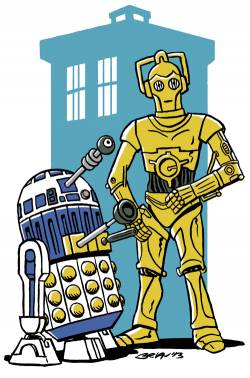 #14
Hey Maestro_iGames, just picked up Percy's Predicament. I've probably been playing for about two hours now and I've only got to level 17. Some of these levels are a lot harder than they look. Just when I think I'm about to throw my Gamepad to the floor and storm away, the music catches my ear again and I happily roll away to my doom..
Thanks for the Game!

Moderator
#15
We just received the review codes to the game and will have our review up within the week.

#17
Hey, so I played the game for a few hours now and have a question and some comments. First off, the game is alot of fun and reminds me so much of Super Monkey Ball, which I love. Is this made using Unity or your own inhouse engine? Here are a few things I would like to see in a future update: Wii U GamePad touch screen support for choosing menu items, gyroscope for controlling Percy as well as Wii Balance Board support. Also, it is hard to tell which menu item is currently selected, maybe a selection box around the menu item or have it scale in size while it is selected. I think it is priced right at $5.99, seems like alot of content and a great value for the player. I recommend anyone that hasn't picked it up to do so right away, like now, quit reading this and go download the game.... Lol Anyways, can't wait to see what comes next from you.
-Mike