#1
I was hunting around for new information on Red Steel 3, found out that this guy did Far Cry 3, then stumbled on to this gem of a presentation about the difficulties, and possibilities of the Wiimote. It also explains the annoying tutorials of Red Steel 2, and covers a whole lot of great game design material.

#2
And this is also why i think the wiimote NEEDS to be crammed into the Wii U's packaging. Without it, you add another layer of restriction on motion control games, and the wiimote has so much more to give!

Now, did Ubisoft leak anything about a secret Wii U title for E3? I am so pumped for a multiplayer sword fighting game. 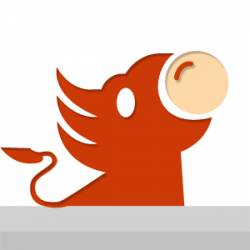 #3
Listening to it... pretty interesting.
Unrelated observation: if you listen to this without watching the video, he becomes George Clooney from "O' Brother Where Art Thou".

#4
I can't get the video to play. Could someone make a bullet list of the main points?

#5
Ummm ok, let me give you the REAL shorthand of it (it's a 43 minute presentation, and covers a lot):

Unlike buttons and analogue sticks, motion control has no constraints in place to make people use it correctly. So while it's very powerful, it's also easy for inept people to get frustrated with it. The Red Steel 2 team did a lot of focus-group testing, and found that even if you tell people what to do, they'll still have no clue. This is why in spite of being able to do 1:1, the gameplay was simplified to horizontal and vertical slashes (so it never mis-reads your intent).

The annoying tutorials in RS2 were the only way to force people to learn the movements. If they were skippable, people would skip them and continue to be stupid, and if they featured an animated hero people would just ignore them. Initially the tutorials were just quick-tips on the screen as you played, but that tested so poorly it was laughable.

He also goes into detail about why he thought RS2 did so poorly commercially, and he does acknowledge his bias. The game had many userbase constraints on it, but then Wii Sports Resort managed to shift 17 million units whilst also requiring the same peripheral.

Vanderberghe is very much into motion gaming, he "gets" it, and that makes me happy for the future. I'm sure Ubisoft will be giving this guy a run at a future game for Nintendo.

#6
You should talk about the teaching aspect. He likened the original control scheme to drag racing, analog inputs to formula 1 and motion control inputs to free off reading in the sand dunes. Basically they had to be more than designers they had to be teachers. He stated that when the market has motion capability as a standard with every console and you release the game multiplatform, you can appeal to the market of gamers that actually feel like getting of their arses and having wider sales but until then you have to scale your sales expectation

But thanks for adding the other important aspect.

Everyone should make an effort to see the presentation though, it's excellently put.

Moderator
#8
Back when Red Steel 2 launched, we called Vandenberghe "the bearded one" over at IGN.

The dude really did have a passion for the game, and it really shone through with the finished product. TBH, I can't think of another third-party game on the Wii that combined such ridiculous good looks, with such amazingly good controls. You could pass RS2 off as a 360 game (the wonders of cel shading), and only LoZ:SS rivals its sword controls. The thing was a technical showcase, an absolutely incredible example of the LyN engine (and its insane scalability).

But to me, its absolute biggest problem was that, although a brilliant piece of tech, it felt like a launch game - not in the control department, but in the content department. It was, at heart, a first-person brawler, with some fairly vanilla/facile level design. They got the big parts of the gameplay and presentation right, but it wasn't married to a memorably-crafted game. And that does make sense, because it really WAS a launch game. It was a Motion-Plus launch game (which, as Vandenberghe discusses, created a new learning curve; Nintendo themselves didn't figure it out until Skyward Sword), the first full-on action/adventure/shooter type game to utilize the peripheral. But it MISSED the M+ launch by almost a YEAR.

Wrong place, wrong time. And that's in addition to Ubi's curious decision to ditch it as a holiday title, and royally screw up the marketing campaign.

But y'know what the funny thing is? If VGC's revised numbers are correct, RS2 didn't do much worse than RS at all (I'd guess it may not have even been a debt sink). And when you say "motion-controlled, cel-shaded, first-person brawler Spaghetti Western with swords," you wouldn't think mainstream appeal, would you? So all things considered, it did OK.

But "OK" isn't enough for the gaming industry. Which gets me down on the future prospects of motion-controlled games like this. If these sorts of experiences are going to continue to be made, I'd wager you're probably going to see it more from indie devs on the eShop than in major releases from big publishers and devs.

I wish we could get in contact with him to see if he'd do an interview.
His site is here: http://www.darklorde.com/author/the_darklorde/
Twitter: https://twitter.com/the_darklorde
(No email addy, though.)

#9
Watching now, so far its enjoyable.

#10
I sometimes wonder if developers would have been better off telling players the rotation is really what matters with the wiimote and motion plus.
When you look at the tutorial videos in RS2, a lot of the motion that the girl is doing is not being read or transferred to the game. All motion plus gestures can be done with the wrist because M+ is not very good at reading changes in X, Y, or Z position. It's good at the rotational axis pitch, roll, or yaw.
Here is pic for reference 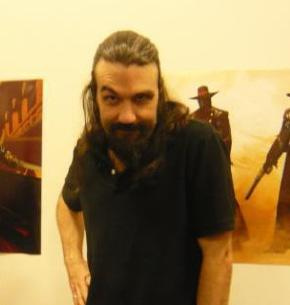 #12
That picture happens to be in his presentation Nerdman. You really should try to get the video working and watch it