Moderator
#1
There are some pretty experienced MMO players on this forum, so here's a place everyone can keep up with the latest MMO updates and discussions. 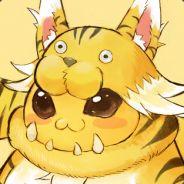 #2
alot of people been asking me about scarlet blade and if it's good and stuff and i call it fan service online, One of my fav youtubers uploaded a video of his impressions and gameplay so yeah um.. enjoy? http://www.youtube.com/watch?v=SpwBG2Dtpmk&list=UUgSHGbs2oGoLItc-8y5hJ9g

#3
2013 is going to be huge for PC gamers. Everyone has a different type of genre they prefer.
May it be browser games, first person shooters, PvP Action games, or even the huge genre of MMORPGs and MOBAs.
2013 has allot to offer as well as much more. I would like to take a moment to talk about a few games I am personally looking forward to playing this year.

The first game I will talk about is the same team who made Runes of Magic a very popular MMORPG and Sony Online Entertainment. Sony actually has a few mmos coming out in 2013.
But lets just focus on the highly anticipated sandbox mmo Dragon's Prophet for now.
Dragon's Prophet combat seems typical at first glance but all that changes once you add in the factor of being able to capture tame and train many different types dragons to summon and fight along side you.
Not only will they support you on the ground but you can also take your dragon to the sky to conquer the many floating islands to claim your own piece of land to build your dream house on.
I mean what is a sandbox game without a place to call home? The game has over 300 unique dragons roaming the lands which ones will you conquer? Will you be a dragon slayer or a dragon tamer?

From what we know the combat system is auto- targeting with some features that action mmos also have.
SOE says "This system gives players a higher degree of control with a wider range of tactical options than traditional MMOs"
Phantasy Star Online 2 also uses some type of Auto targeting system and also made by Sega but more on that later.

Guilds have allot to look forward to as well there is a large-scale building system for guilds that will let you make a kingdom of your own.
as well as many other features. So rally your guild mates to build your very own empire in the world of Dragon's Prophet.

There is four classes to start out with in Dragon's prophet so far. Each class can be Female or Male they are not gender locked.
Who will you choose? The Bow wielding Ranger, The powerful staff wielding Sorcerer, The always fearless Guardian, or the Scythe wielding Oracles?
If this was not enough to complicate things for you.The Dragons you meet and tame will greatly shape the skills and ability and even how your character fight.
Dragon abilities vary from healing and buffs to full on offensive magic and powerful attacks. With 100s of choices every character even from the same class will fight differently.

Dragon's Prophet open world and stunning landscapes are nothing to laugh at either the game's textures look great for it's graphic style.
Allot of people do not understand that there is a deference between crappy graphics, and unrealistic yet amazing graphics.
Graphics in a mmo are like an art style they look amazing for their Style. You do not dis a cartoon for looking unrealistic do you?

Dragon prophet is currently in closed beta, You can get invited or you can just buy your way in.
SOE is selling VIP Beta test packages which give you rare and exclusive items that will make future players scale green in envy.
The Game will be free to play during open Beta as well as the live launch, but with every free to play game comes a cash shop.
I can only speculate what we may see. I am going to guess outfit skins a few dragons and the typical convince model.
I will personally be watching this game and watching my emails for the beta test invites.


That's all for me Today but look forward to the rest of my list!

#4
Phantasy Star Online 2 also uses some type of Auto targeting system and also made by SOE but more on that latter.
PSO2 is made by Sega of Japan.

#5
Yeah sorry for the typo XD i knew that... i was thinking of the other SOE game coming out XD. Mena can you fix that for me i can't edit anymore. i noticed the error aswell yesterday but forgot about it.
I been under alot of stress so my infomation just got jumbled up XD You can either change the name PSO2 is made by to Sega or just delete that sentence. 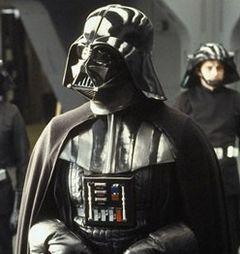 #7
I've had a bit of a falling out with MMO's these last few years, although there is one that I've been following for quite awhile now. The game is still in development, but the open beta testing should be opened up sometime within next few months actually.

City of Steam is a steam punk themed MMO, that has been in testing since Fall of 2011. I am one of the few people who has been around since the very beginning, and it has come quite a ways from its beginnings. The gameplay is that of a dungeon crawler, with a rather unique combat system, at least from what I've seen. All armor and weapons are can be modded and upgraded, so there isn't a constant need to buy and sell items when leveling. So far there are ten playable races and four playable classes, with plans to add more of both.

The game is entirely free to play, and is currently browser-based, although a Steam client is in works, once the game is green lit that is.

Browser gamers rejoice! RuneScape 3 is coming out this summer of 2013.
The new RuneScape runs on HTML5 and is a complete revamp of the already existing game much like RuneScape 2 was.
You will keep all your accounts and items so no worries about that.
For you old computer players there will still be the java version as an option.
I am already working on a more detailed article but just to tease your taste buds a little here's a behind the scenes.
In the mean time you can watch other videos and updates on Runescape Youtube channel https://www.youtube.com/user/runescape?feature=watch

#9
I'll be doing area reviews for each of PSO2's fields soon. Also Seabed and Tower have been found in the client data and Beach (Coast) has been confirmed.
Check out the new trailers for PSO2 EP2 here:http://www.youtube.com/watch?v=tvnHYQ3c9BQ - teaserhttp://www.youtube.com/watch?v=IT_gEJ4K1Hw - trailer
You must log in or register to reply here.
Share: Facebook Twitter Google+ Reddit Pinterest Tumblr WhatsApp Email Link
Top