Thanks for the Sanctuary AKA Loving the U

#1
Hey NE gang, I received an invite to come check this place out so I thought I would drop by. I was promised tales of Nintendo, enthusiastic news, and a positive community. Here's to that, cheers!

Let's get the ball rolling with my Wii U Launch experience.

- Picked up my preorder at Gamestop, flawless. Not really a line right at 10am, there were about 10 people in line, all 9 for the Wii U, after we were done they only had like 6 deluxe systems left and about 5 basic. They didn't get that many, 20 ish the man behind the counter said.
- BONUS! The guy started cramming all this stuff into a giant console bag, and then I saw him throw in a Sticker Star poster and I told the guy "you already gave me the poster..." And I meant he had, when I picked the game up a week ago. Well once I got home and opened the bag I realized they had given me a copy of PM:SS for FREE!

- SETUP
So easy a child could... well, uhh, there was an initial moment of routing cables and getting online with it. I thought the walkthrough process was really good, but if it was my mom running through it we might be in trouble.
In minutes I had the update running and even with internet gremlins dropping the signal it took about an hour.

- Wii U Interface
OMG! This has to be one of my favorite things about the system. Nintendo nailed it! They made it really fun to interact with absolutely everything. Miiverse, the eShop, friendslists, it's everything we've been asking for AND they actually delivered!
First 24 hours: THey were a little spotty, but I imagine Nintendo has been getting some feedback and continues to make tweaks. Because today, I had ZERO Miiverse issues, internet ran smooth, and Miiverse integration into NSMBU worked flawlessly.

- About those games!
Probably my category with the least depth. I put in NSMBU and haven't been able to convince myself to change the disc to either Nintendo Land or Assassin's Creed 3. I will soon, but for now all I can say is WOW! Nintendo games in HD look glorious. I don't know or care what kinds of components are fully in the Wii U, but looking at Mario they've made sure there are good things in store for us in the future. Mario's textures and attention to detail is simply stunning, from grains of sand in the desert level, to the hammer that one of the koopaling swings. All the graphics have this smooth texture to them I can't describe. It's unlike looking at something like Ratchet where you can kind of pick each polygon and texture apart to reveal the construction underneath. The little creatures in mario like the Spiketops, everything, just offers this Pixar like feel of being believable characters in their own right. I can't wait to get time with the rest of my launch lineup, and even more so for the future. Some serious games are going to be coming to this thing and I'm pretty excited about it!


- Overall impression
In case you can't tell by now, I love this thing! After settling in a few moments with it and continuing on in to today, I'm absolutely sure about my purchase. This is Nintendo's next console and It's the one I was waiting for. I am totally optimistic about its future and rolling into spring I'm sure we'll see some good surprises come up. AAA experience so far.


And thanks for welcoming me to the boards, hopefully I'll remember to post here or see you in the Miiverse! 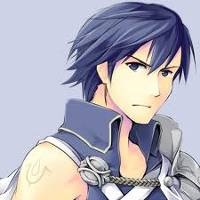 #2
I'm kinda new here too, so welcome to the NE boards!
Congrats on getting a Wii U, I probably won't get mine for quite a while!
Also , Sticker Star for free? That's an awesome bonus you got.

Moderator
#3
Thank you Tekshow for coming over and giving us a shot
, and also for making this great thread.

I feel almost exactly like you do about WiiU. My initial feeling is that this will be my favorite Nintendo Console ever and I've been on one since the NES.

But come in and kick off your shoes and stay awhile. Every one here are fans and we want this to be the Nintendo all star site of posters. So there are 2 stickys at the top of the page just for posters like you. Voice how you think the TOS should be setup, or what we can do to make the boards better as we get set to overhaul them.

But first and foremost welcome

Moderator
#4
Welcome aboard! I'm with you on how Nintendo nailed the interface. It's fun just to navigate around using the touch screen.

Moderator
#5
Nice to see you pop over as well Tekshow! It's always nice to see more newbies, it makes me feel more...old
Oh well, I hope you enjoy yourself here. The atmosphere here is pretty chill so I'm liking it so far!

Thanks for that lil story, although makes the wait til the 30th that much harder

#7
Welcome, I too am loving my Wii U. It's shaping out to be my favorite system ever.
I