#51
EvilTw1n said:
Man, it's been a busy-ish October. I haven't even been able to finish up Pandora's Tower, let alone get into Order of Ecclesia. I think the only Halloween-ish thing I've done thus far is mainling Penny Dreadful on Netflix.
Click to expand...
Penny dreadful is a great experience that is just insanely convoluted haha

#52
So after all month of no one having a party, two suddenly pop up for Saturday. I'm pretty pissed that it's only a few days away, now I don't have time to throw a costume together. I may not dress up with also doesn't feel right, but what the hell am I gonna do?

Pet Semetary is good though. Didn't know it was as fucked up as it is. I heard a lot of Stephen King movies are okay-bad, so I wasn't expecting what I got.

Moderator
#53
I'm goin to a holloween party this weekend at my neighbors.

I'm not a dress up coustume kinda guy.

#54
mattavelle1 said:
I'm goin to a holloween party this weekend at my neighbors.

I'm not a dress up coustume kinda guy.
Click to expand...
Go with 3 people and together dress up as a nintendo switch

Moderator
#55
theMightyME said:
Go with 3 people and together dress up as a nintendo switch
Click to expand...
That is quite a creative idea and I like it. But that ain't happenin

#56
mattavelle1 said:
I'm goin to a holloween party this weekend at my neighbors.

I'm not a dress up coustume kinda guy.
Click to expand...
Matt, you're sounding a lot like Chicolini.

#57
So I was in the bathroom getting ready for bed and remember that a few years ago my friend threw an 80's party. I'm thinking of reusing that shit costume I threw together.

It was red cord pants, a jean jacket and a bandana around my neck. I sadly don't have those pants anymore so the whole thing is a meaningless costume. Only other thing I could think of is Beat from Jet Set Radio, but that's cutting it close too. I would have to find party glasses, make headphones out of cardboard, sew on orange japanese text to a yellow shirt that I don't own.

Last night I watched The Babadook. I enjoyed it a lot, not as scary as I was expecting, but it was enjoyable and creeping as hell at some parts.

Steam is having a Halloween sale and I snagged up a game called Odallus: The Dark Call. It's clearly inspired by pre-Symphony of the Night era of Castlevania. The world map reminds me of Super 4, each level appears to have a secret exit for an extra stage. Levels are self contained but are open to exploration with a few forks in the road, on the world map it tells you how many secrets you have left. There are permanent upgrades like pushing bigger blocks, breathing under water, armour, etc. Sub weapons are in, used by pushing up+attack, but you carry all the sub weapons you find and can freely switch. I'm really impressed by it so far. Nowhere near as difficult as old Castlevania, but there is a hard mode so maybe that's closer to what Classic Vania is. I recommend it if you like Super 4 and Rondo of Blood. It's on for 5 bucks.

Got the party tomorrow. I'm going with the jean jacket and bandana tied around my neck. I watched The Warriors this week and I believe I saw a character in the background dressed like that, so I'm going as that extra. Really though, if anyone says the words "are you ___" than I'll take it. This is what happens when people change their mind at the last minute about having a party.

Winner of this thread will be announced on Monday evening, even though this thread hasn't been that busy this month.

#61
Tonight is our Halloween Burlesque show - will be 75 degrees, under the stars - full on haunted Halloween themed. Super excited!

One friend made a playlist of movies, Brain Dead popped on so I took a break from socializing to watch it. I never finished it before tonight so experiencing the whole climax/lawn mower scene was just that, an experience. I haven't had a cigarette in years but I felt like having one after that. Couldn't stop laughing but also felt a bit sick to my stomach at the same time. One friend walked in the living room and asked what is happening, the only answer I could give him was "cinematic history".

One person went as the postman from Zelda, it was a well done costume. Overall it wasn't a huge party, short notice so not surprising. I still had fun though.

#63
So, today is the day. Happy Halloween TNE

I woke up, went to get my winter tires put on, saw the parking lot and side of the road packed with cars ahead of me, said "fuck that" and bought some chocolate for Trick or Treaters that I probably won't get.

Came home, played some games, fell asleep, woke up, and now waiting for a few friends to dart over for Trick 'r Treat.


Also, the winner for this bare bones contest is @Shoulder. It wasn't anything hard, I just tallied up how many posts each person made that was related to Halloween. So the posts about region locking Youtube videos didn't count for anyone, pretty much everything else was counted. Shoulder came out on top. I await to see what game he'll choose for me to buy

I'll tell y'all about my party the other night here later on.

Moderator
#65
Well the boys did real good on candy tonight...........except I broke a back tooth on Sunday.

#66
Well, October is officially over now where I'm too. Sad, I felt like I wasted it in regards to not play horror games or watching enough movies.

Still, one last thing. I watched Trick 'r Treat and enjoyed it a lot. 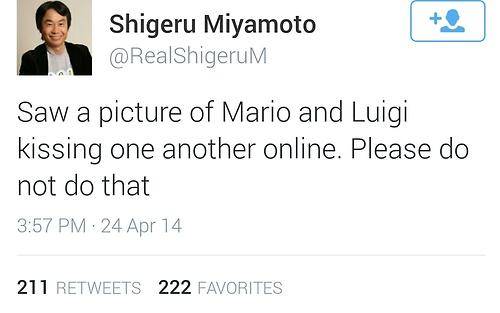