#1
Those of you who know me realise how big a fan I am of Timesplitters, and how I pushed the Timesplitters 4 campaign a while ago (I even wrote the Crytek CEO a poem!)

Well, TS4 isn't looking like an option right now, but it seems Crytek might be interested in putting a HD Collection of the three titles out. In my opinion this is just a genius idea, a no brainer and I have no idea why they haven't done it before.

But actually I'm kind of happy that they've waited, because now it's more likely that it might appear on the Wii U. I doubt they'll add anything to take advantage of the controller, but the potential of the controller in a series like Timesplitters is insane.

Anyhow, if any of you are interested in this, there's currently a petition being heavily endorsed by the 100,000 Strong for Timesplitters 4 facebook page. 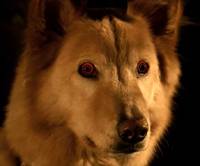 #2
Get your melons out for the monkeys. Don't think I'd trust Crytek with TS4, but I'd buy three copies of a collection if it hit Wii U. Will support this all the way.

Moderator
#3
Will sign will buy an HD collection. TS is one of my favorite FPS series ever. Do want!

Moderator
#4
I signed this the other day, hope it happens. I also hope those Crytek execs don't think they actually need 300 freaking thousand signatures to see that an HD collection has sales potential. You don't need that many sales to make profit from a cheap-ass HD collection like this.

#5
Never played this franchise. What sets it apart from other FPS games?

Moderator
#6
"nerdman" wrote: Never played this franchise. What sets it apart from other FPS games?
Click to expand...
It's fucking wild.

It has over a dozen of really different game modes, some of which are utterly ridiculous. This one is Virus, where the goal is to avoid the "infection" (touching other players spreads the infection):

They basically took everything they did in Perfect Dark and GoldenEye and maximized it. Just like how Oddjob was bullcrap in GoldenEye because was a smaller target, they made many more things like that here. You had all sorts of different characters with different attributes: monkeys were really small and difficult to hit, stone golems were impervious to fire and received less damage from electricity, while robots were strong to fire and very weak to electricity, and a wooden golem would die from fire within a couple of seconds. Also, fire was spreadable: when you caught on fire, your health would drain slowly (depending on your character) but you could go around setting other people on fire in the meantime. Additionally, the crossbow bolts could be set on fire with torches so that you could light enemies on fire from a distance. Then you had powerups in the levels, so even if you were a huge bear character, you could become tiny or very fast, or even semi-invisible. One other cool thing about bots is that they were always doing ridiculous things, like sliding, or cartflipping to avoid your bullets (it didn't work, but it was hilarious), or whatever. Probably my first strong memory of TimeSplitters 2 is seeing a bipedal Lion avoid my shots by flipping around like an idiot.


You could turn all of that stuff off if you didn't want it, though, it was extremely customizable down to the number of bots on each team, up to 4 teams per match, the number of total bots, whether different characters had different attributes, paintball, one-hit-kill, etc. It was really more of an FPS sandbox, in the sense that a lot of the fun came from experimenting with the different kinds of matches you could set up (bats-only, bricks-only+one-hit-kills, all fire weapons, pistols only against monkeys, etc). Add to that the different game modes available, and it really expanded the possibilities.

Then it also had challenges, just like those in Perfect Dark where you get put in some ridiculous situation and have to beat it (capture the team against a team of snowmen - with flamethrowers). It also had other challenges like shooting watermelons on top of monkeys' heads with a sniper while they were moving, and of course hitting the monkeys deducted points.

On top of all that, the game also had a really beefy single player campaign like that of GoldenEye or Perfect Dark, mixing stealth and action.

That was for TimeSplitters 2. TimeSplitters 3 made some improvements, but removed a bunch of stuff in trying to make it more balanced. It was a lot more balanced, but I feel it was also not quite as fun, but both were pretty amazing. I never played the first one, which had no actual story mode if I recall.

#7
That sounds awesome. Iplayed GoldenEye locally a lot and I wished for some kind of bots.

If a HD collection for Wii U let me used the wiimote, I would buy it. 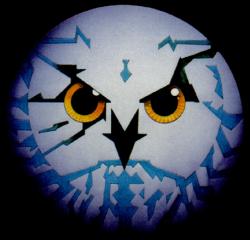 That old bloke from Crete...

#8
I loved Timesplitters a lot, but i will not put my name to this petition until it even bothers to mention the WiiU.

What better way than a new HD collection of all the original games for the PC/MAC, PS3, and Xbox 360 to test the waters?
Click to expand...
Basically I would be petitioning for every format except the WiiU. I just don't feel I can support that, however much I want aTimesplitters HD.

Moderator
#9
"DarkKevit" wrote: I loved Timesplitters a lot, but i will not put my name to this petition until it even bothers to mention the WiiU.

What better way than a new HD collection of all the original games for the PC/MAC, PS3, and Xbox 360 to test the waters?
Click to expand...
Basically I would be petitioning for every format except the WiiU. I just don't feel I can support that, however much I want aTimesplitters HD.
Click to expand...
I can totally get down with this stance............STRIKE MY NAME FROM THE RECORD PLEASE
You must log in or register to reply here.
Share: Facebook Twitter Google+ Reddit Pinterest Tumblr WhatsApp Email Link
Top