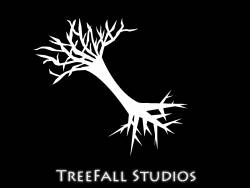 #1
[Verified Wii U Developer]
Hello! This is Eli from TreeFall Studios! We are new independent developer! We have released a few games already and we just become licensed Nintendo Developers! We would like to share a little about The Gem Collector, our most recent platforming adventure game! You can find the link to purchase this game here: http://www.desura.com/games/the-gem-collector In this game you play as Nomi, the main character, collecting gems and exploring through levels to save your family! The game contains 5 worlds to play through, is updated with new content, and also receiving DLC packs with all new levels and story to play through. The game requires skill to collect every Gem located within the levels, as many of them are hidden in hard to spot places. We would love to know what you all think of the game, can you collect all of the gems? I have attached a few screenshots to this post as well.

#4
Is The Gem Collector coming to Wii U or 3DS? Loos like a nifty little platformer!

#5
Hello everyone!! Thanks for the welcome! The Gem Collector was originally designed with the 3DS in mind! I am not a licensed Nintendo 3DS developer as of yet, but I am for the Wii U! As it stands there is a possibility for both systems to receive some form of the game, but not in the near future, as my team and I are working on a much larger project at the moment! If The Gem Collector makes it to Wii U, it will be a mastered edition, featuring Wii U gamepad and MiiVerse features. It will also contain all the previous released DLC and new Wii U specific levels! But for now, if you would like to play it, which I highly recommend you do, haha, you will have to stick with the PC version! There is a new DLC pack which just came out and should be available for purchase by tomorrow! Here is the trailer for that if you are interested!
Thanks for asking!

#6
As someone who owns the PC version, it's def. worth the asking price. Fun little platformer with an awesome soundtrack. Plus I have a funny feeling these guys are cooking up something real dope on the Wii U.

#7
As someone who owns the PC version, it's def. worth the asking price. Fun little platformer with an awesome soundtrack. Plus I have a funny feeling these guys are cooking up something real dope on the Wii U.
Click to expand...
But I want to know!!! :'(

#9
Well let's go ahead and drop the news in case you missed it on the front page. TreeFall Studios is gunning for a very ambitious project with Forbidden Sanctity. Make sure you check out the write up and support the Kickstarter campaign to get this game on the Wii U! I dropped 75 for the shop keep character http://nintendoenthusiast.com/news/introducing-forbidden-sanctity-epic-wii-u-adventure/
You must log in or register to reply here.
Share: Facebook Twitter Google+ Reddit Pinterest Tumblr WhatsApp Email Link
Top