What age were you when a Nintendo console came out?

Moderator
#51
Welcome to the TNE forums Mister Hero! Hope you enjoy it over here we have an awesome group of posters and the help of the front page main site. 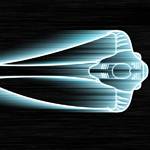 #52
Born in February of 85 so the NES was my first console when we picked one up in Christmas of 85 for my older sister. I was playing Super Mario Bros. at a very young age. The Super Nintendo was my first real console that was all mine. I played it in my room with a black and white TV until my parents picked up a 15" colour TV for me to play it on. First console I purchased with my own money would have been the Wii. The rest (SNES, N64, GC) were all Christmas gifts. 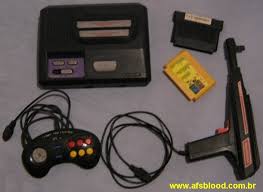 Has anyone here played a NES clone? 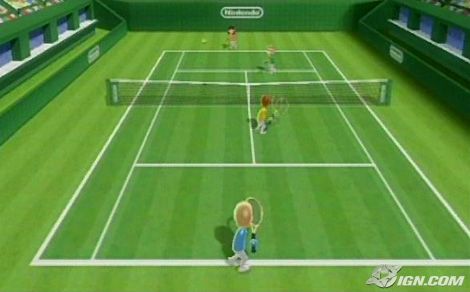 #54
I was the most swaggin fetus ever though.

Get on my Tapatalk sig level bishes.

#55
I actually posted this "over there" and thought it was a good idea from the notorious troll cybersai. I guess a broken clock gets the time right at least twice a day.

NES 1985 = (1) Parent bought it and I would eventually steal it from
them. We had the basics and this Eggbert game with a switch for A and B.
I never figured it out. Mendel Palace was an amazing game I didn't
even think about until a year ago.

SNES 1991 - (7) Parents got us this at some point and it was amazing! I
remember learning about A/V hookups due to the ability to put the
yellow, red, and white cables in to places and no longer playing it on
channel 3 (channel 4 was da' news and would mess up your world!) I
remember around 9 I started working at my parents driving range picking
up golf balls and they would buy us games occasionally for the help. I
also remember going on this massive change collection craziness and
ending up with this weird coke bottle piggy bank that was clear and as
large as me. I bought Wolverine's Adamantium Rage with friggin' change
at Wal-Mart for almost 80 bucks. I bet they hated me. Killer Instinct
was also one of my favorite games.

N64 1996 - (12) I had saved up my money from working at my Grandmother's
food booth(s) during various antique shows, horse shows, and cajun
based fairs. I also sold the old Super Nintendo to help purchase this
thing. Mario 64 was such a change in immersion in gaming that I was sold
on the system playing it at a kiosk at Sears. Goldeneye, KI, and Mario
Kart were played constantly. Also, I remember the expansion pack was the
coolest thing ever, "OMG MORE RAM?!?! WTF IS RAM??? SOUTH PARK AT 60FPS
OMG!!!". Man that South Park game was horrible. Why did my parents let
me watch that show? Haha.

GameCube 2001 - (17) My friends and I camped out at Wal-Mart for this! I
remember it was a ridiculously cold night and people brought out Hot
Chocolate on the back of trucks and gumbo! It was like a party outside
and everyone was super nice. This made the first time I camped out for a
system. I think I had football practice the next morning at 5:30 am but
it was worth it.

My future wife hung out with me until she had to go home due to curfew.
Even though we both were college students she still had a curfew, I did
not. It was still a really fun night and I hung out with some folks
that I haven't seen since I loaded up in a SUV full of people going to
see Reel Big Fish a few years before. Good times!

WiiU 2012 - (28) This one threw off the last two launches completely! My
wife and I went to visit her relatives in the Smokey Mountains in
Georgia and I was afraid I wouldn't make it to the launch. We had just
arrived that night and my wife knew that I really, really wanted to go.
We visited and I waited until her parents went to bed to go pick it up. I
drove out in the middle of friggin' nowhere to a Wal-Mart that didn't
know what the WiiU was! I had to go in the back room and help them dig
it out underneath a mountain of Halo 4 discs. It was a bit crazy that
they let me as a random person go in to their locked room and help them
out with what was going on. Apparently mountain folk don't do gaming. I
got back in on the 12 degree night and played until 4 am. Her cousins
came down a few days later (the house is 3 stories so like a hotel) and
we played Zombie U until our hands nearly fell off. We used it as a
Netflix machine at night and managed to play a ton of Nintendoland
during down times.
You must log in or register to reply here.
Share: Facebook Twitter Google+ Reddit Pinterest Tumblr WhatsApp Email Link
Top