Status
Not open for further replies.

Moderator
#35,451
CitizenOfVerona said:
There were lazors

Shut up fried
Click to expand...
show me. Its the year 20XX and we still shooting each other up with lead. 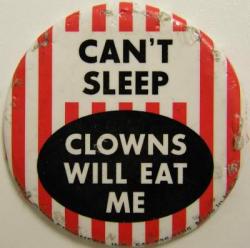 #35,452
But we're sewing each other up with lasers. Perhaps this is the alternate universe wherein we'll refrain from using advanced technology to kill each other.

LOLOLOLOLOLOLOOLOLOL YEAH RIGHT. LIKE THIS IS THE ALTERNATE UNIVERSE WHEREIN WE REFRAIN FROM USING ADVANCED TECHNOLOGY TO KILL EACH OTHER! THAT'S, LIKE, OUR TRADEMARK!

#35,453
Getting ready for tomorrow with some good ol hiroyuki sawano https://play.spotify.com/album/6vf1zeDjmaH0rLkoYbS7ly

We have come full circle gentlemen....

#35,455
Good to see Suda51 getting love. He has such a spectacular track record of making really cool games which are horrendously rough and niche.

Also, how much P* is there atm?! Crackdown, Scalebound, Bayonetta 2... Crazy! I hope their polish can be maintained.

The untinted glass boxes at the top of the bottom half there will house the IR LED's.

Moderator
#35,457
Crackdown is most certainly not a Platinum game

I did think it was mighty odd that they were working on it.

(thats gonna be my sig if you keep this crap up)

Moderator
#35,460
i must have fell asleep
that looks no fun to shoot.

Moderator
#35,463
There have already ben spoilers for the character roster of Hyrule Warriors.

@Mike D. You will be VERY pleased. But don't click on the link if you don't want the surprise spoiled, since they'll probably talk about it during the ND anyway.
http://bit.ly/1kWNz4z

#35,464
Today is the big day for the Nintendo E3. We have our unannounced annual state review today plus the owner here all day so there isn't a chance I'll get to watch the Digital Event live. Bah.
But I'll be sending good thoughts. Enjoy guys!

And to Nintendo, in the immortal words of RuPaul: "Good luck... and don't fuck it up!"

Solution: Go back to bed and try again.

We are prepping now but go on and start infiltrating the chat! ITS ON!!!!

#35,467
I...can't...wait.....hrnnngh! Starfox, I'm awaiting you. If my presumptions is right, then they better also add the option for regular controller play.

Also Ubisoft's remark at E3 peaked my interest. I wonder if it's could be a Red Steel or a 3D adventure game? It better not be Rabbits or some of their usual party games!

I can't wait to see DJNintendo and aMSa in play. Go Bowser!


YO THE MUSIC ON THIS IS TIGHT

Copyright 2015 is a-ok for me, guess X and Witcher have to fight for Game of the Year LOL.

Also, just in case anyone is wondering, I can't check the actual event because my school wifi won't let me

Moderator
#35,473
can someone for the love of all things holy move the dame Lego Advertisment> Its all shorts of in the way

#35,475
mattavelle1 said:
can someone for the love of all things holy move the dame Lego Advertisment> Its all shorts of in the way
Click to expand...
Get an adblocker! I don't even know where this ad you're talking about is!

#35,476
You know...The more I think about it the more it seems like I have seen that monster somewhere else before...

Moderator
#35,477
DarkDepths said:
Get an adblocker! I don't even know where this ad you're talking about is!
Click to expand...
What's an as blocker and how do I get it for my phone?

THANKS FOR COMING OUT GUYS.... HOPE YOU ENJOYED THE SHOW....
Click to expand...
Great work to all of TNE coming out to chat in the twitch and partisapte in TNE TV!

@LightsaberBlues you did a great job setting up, keeping things rolling and being a great and easy to talk to host.

As far as I know y'all are the ones that called in and we very much appreciate that because that was supposed and was the heart of the show.

We will do many more things like this in the future! Great job TNE!

#35,482
Well maybe its just me being jaded or something but this e3 is boooooring.

3ds is getting smash and pokemon remakes. Wii U had two nintendo games this year and theyre releasing only one more in house game - smash.

I'm half sick of understanding. I'll admit, i do enjoy my wiiu and 3ds, but these games droughts are getting ridiculous.

At least now I'll have more time to look for a copy of four swords adventures.

Also, if new stuff does get annnounced in these tree houses then i'll change my opinion, but damn.

Maybe E3s just arent for me anymore. I wasnt even excited and still not impressed

Iwata's punches is going to turn into a gif.

@repomech thank you very much for calling in aswell. You brought the surprise nobody saw coming.

so here's something unrelated

So I stayed till around the big Z reveals and the yoshi yarn... did I miss anything big?

The rest after we came back from my PC crashing....

#35,490
Freaking excellent day. And it's STILL not even over I think. Supposed to be some round table with breaking news or something.

#35,491
Just stumbled across this on techradar:

"The Nintendo Direct E3 video also revealed that players won't have to follow a set path and scenario thanks to Zelda Wii U's open world environment, according to Nintendo designer Eiji Aonuma.

#35,492
Those were some awesome announcements!! Nintendo really brought it this E3!!! Aside from Zelda (which probably was the most awesome thing I've ever seen in my entire life, and I almost cry when I saw it), I was pleasantly surprised by Splatoon. It just really seems like a really cool concept that takes mechanics from your typical 3rd person shooters but adds some neat new ideas that make for a fun experience. Particularly I found the best thing to be the fact that this game seems to focused heavily on the online mode, since it's a 4v4 kind of game; and you don't see Nintendo focus on online this much that often.

#35,494
Does anyone have a link as to what a video game design document looks like or to a template of one? I want to start studying them so I can learn from it.

Moderator
#35,495
DarkDepths said:
Just stumbled across this on techradar:

"The Nintendo Direct E3 video also revealed that players won't have to follow a set path and scenario thanks to Zelda Wii U's open world environment, according to Nintendo designer Eiji Aonuma.

... I have nothing to say...
Click to expand...
I've seen several websites talking about how Zelda is "going open world". I'm like motherfucker it's only not been open world once, if by open world you meant large overworld where you can go anywhere you want, and that was in Skyward Sword, more or less.

#35,497
Going to have a hard time doing this, but it's time to sleep. Such a satisfying day. Great to know that the Wii U is alive and well.

Front page has some first impressions of a few games from teh show floor... Jason was there....

#35,499
Strangely relevant, and a special bonus for people like @CitizenOfVerona and myself.

#35,500
Koenig said:
Strangely relevant, and a special bonus for people like @CitizenOfVerona and myself.

Click to expand...
shiiite son, I don't need no Youtube video to tell me how to draw

I got google for that

Status
Not open for further replies.